On a his newly released single, a remix version of his hit song ‘Mpinatwe’, the Hiplife superstar shared the excitement that accompanied womanizing.

A perfect masterpiece is created with ‘mosomfo’ Guru who echoed and endorsed Sydney’s assessment with his rap verse. 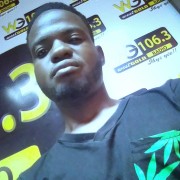 Pam Official – Do Me (Prod By Dr Ray Beats)

Artist Of The Week – Sista Afia